Thank you so much for the wonderful interview (in German) that we had in Hamelin on 21st June 2018, and that you have published on your HamelnR page on Facebook on 4th July 2018!
I very much admire you for being able to summarise my dignity mission in such a great way!

WELCOME to our next conference in Egypt!
We look forward to having you with us! – Welcome to Evelin Lindner's guest lecture on Humiliation, and How We Can Overcome It at the Centre for Peace Studies of the University of Tromsø, Northern Norway, Room U-06, 9th February 2018, 9.00 - 11.00. We thank Vidar Vambheim for this invitation, together with Christine Smith-Simonsen, the director of the Centre.

– Another warm welcome to Evelin Lindner's presentation of her new book Honor, Humiliation, and Terror at the Eldorado Bookshop in Oslo, Norway, Saturday, 17th February 2018, 14.00. We thank Eldorado Bookshop for this invitation.

Welcome to Our 14th Workshop on Transforming Humiliation and Violent Conflict

Welcome to our 14th Workshop on Transforming Humiliation and Violent Conflict, titled "The Nature of Dignity and the Dignity of Nature," at Columbia University in New York City, December 7 – 8, 2017! Late Morton Deutsch has been the honorary convener of this workshop series since 2003, and we wish to honor his memory by conducting this workshop also in the future. See the program evolving on www.humiliationstudies.org/whoweare/annualmeeting/30.php!

Medal: Erik Lindberg (1873-1966). Front side (obverse) of one of the Nobel Prize medals in Physiology or Medicine awarded in 1950 to researchers at the Mayo Clinic in Rochester, Minnesota. Derivative of File:NobelPrize.JPG.

At the same time, we are still very thankful that also our global dignity work was nominated for the 2015, the 2016, and the 2017 Nobel Peace Prize. We were nominated by a group of people who, out of appreciation for the prize, wishes to refresh awareness of its roots. We are celebrating all of the remarkable individuals and groups (2015, 2016, 2017) who were nominated as candidates whose work is regarded to be in particular resonance with the original will of Alfred Nobel and his inspirer Bertha von Suttner (see her 1889 book, Die Waffen nieder! or Lay Down Your Arms!). Nobel's intention was "that his prize should benefit the 'champions of peace,' he meant the movement and the persons who work for a demilitarized world, for law to replace power in international politics, and for all nations to commit to cooperating on the elimination of all weapons instead of competing for military superiority."

We are delighted that included in the list as representative of our Human Dignity and Humiliation Studies network, was Evelin Lindner, our Founding President. Her nomination is an affirmation of our global dignity work and her forty years of service and action to bring peace and dignity into the lives of all people, characterized by compassion, equal dignity, diversity, humility, and mutually beneficial collaboration. You can see more here or as Pdf.

Please know that Evelin's nomination for the Nobel Peace Prize is your nomination! As you know, our dignity work is based on the African Ubuntu philosophy of "I am because of you!" and YOUR dignity work is crucial for bringing more dignity into this world! This nomination has been an encouragement for us all.

Altogether, the Nobel Committee received a total of 276 nominations for the 2015 Peace Prize, thereof 227 nominations of individuals and 49 nominations of organizations (this was slightly down from 2014, when a record high of 278 nominations were submitted). See also the preliminary list compiled in 2015 as each year by the Peace Research Institute Oslo (PRIO) of publicly known nominations prior to the announcement of the actual recipient.

We warmly congratulate the Tunisian National Dialogue Quartet with the recognition for its decisive contribution to the building of a pluralistic democracy in Tunisia in the wake of the Jasmine Revolution of 2011. The prize was announced by Kaci Kullmann Five, Chairman of the Norwegian Nobel Committee, at the Norwegian Nobel Institute, Henrik Ibsens gate 51, Oslo, Norway. Please see the announcement of the Nobel Peace Prize 2015 on 9th October 2015.

Evelin profoundly thanks all those who included her in the nomination for the 2015 prize, which she views as a nomination for our shared efforts as a dignity community. It is the courage and strength that grows through working in a deeply connected and supportive community that replenishes her energy to keep going, as we hope it replenishes the energy of all involved. As Evelin sees it, this nomination is a celebration of our decade of collaboration in which each of us does our part according to our abilities — in the spirit of Ubuntu. It is also an encouragement of our future efforts as a community. Each of us has an important role to play in this urgent effort to bring dignity and peace into the lives of all people.

You are Warmly Invited to Share Your Reflections and Encourage Everyone’s Commitment to Dignity and Peace!

For us, humility and modesty are at the core of dignity, and therefore also at the core of our work. Bertha von Suttner’s message is manifested in our approach more radically than may be apparent at first glance, for instance, in our emphasis on future-oriented nurturing by way of what we call dignicommunication. To be true to our stance of humility, we have considered keeping our nomination confidential. Yet, it would have been irresponsible to deprive the members of our global dignity family around the world. Since February 2015, the nominations have had invaluable results for our global community. In a world where speaking up for dignity is often difficult or even dangerous, this nomination has brought greater safety and support to members who dare to speak up, even when at risk. And since our work is profoundly in line with Alfred Nobel’s intentions, we feel that protecting the members of our global dignity family through this nomination is justified.

Each of us plays a vital role in bringing greater dignity and peace into the world. In recognition and appreciation of our global collaboration, we would love to hear your reflections, that is, what inspires your efforts and ongoing commitment to cultivating dignity and peace in the world? Thank you for allowing us to share your reflections with the many members of our global dignity family. You are warmly invited to post your message in the comment field at the bottom of this page (your comment will be visible when it is released by the administrators).

Your words will encourage our HumanDHS community and encourage all who work for a world of peace, a world that dignifies the lives of all people. 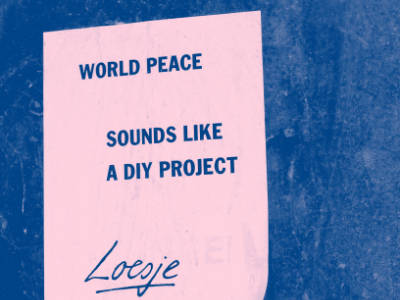